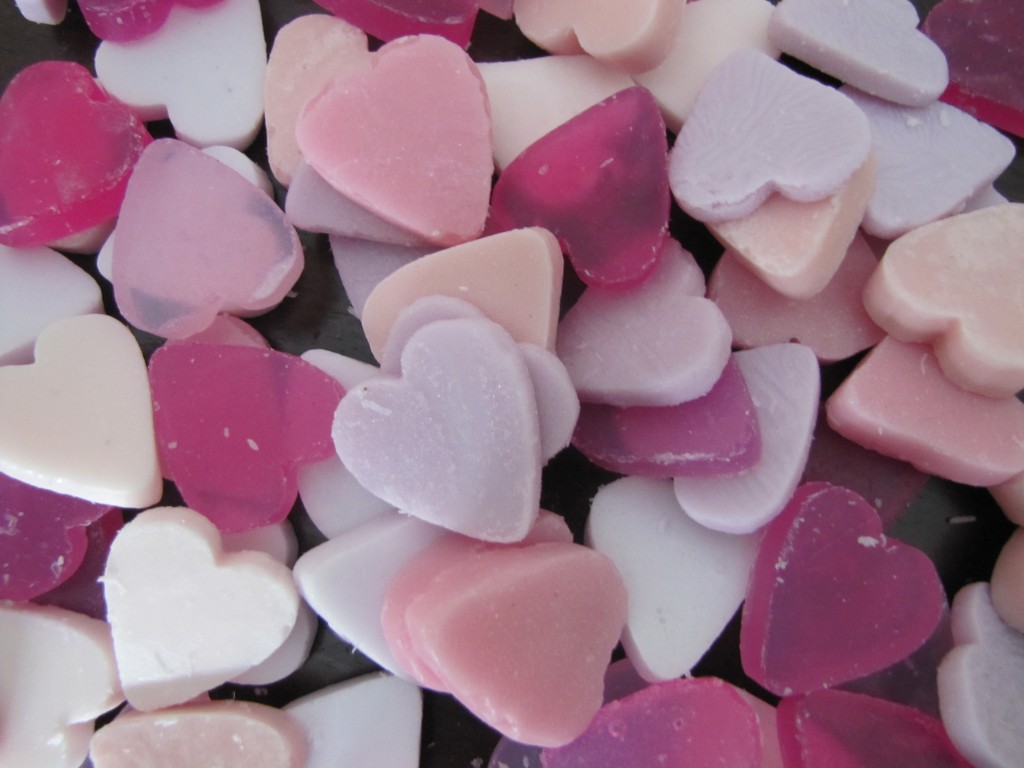 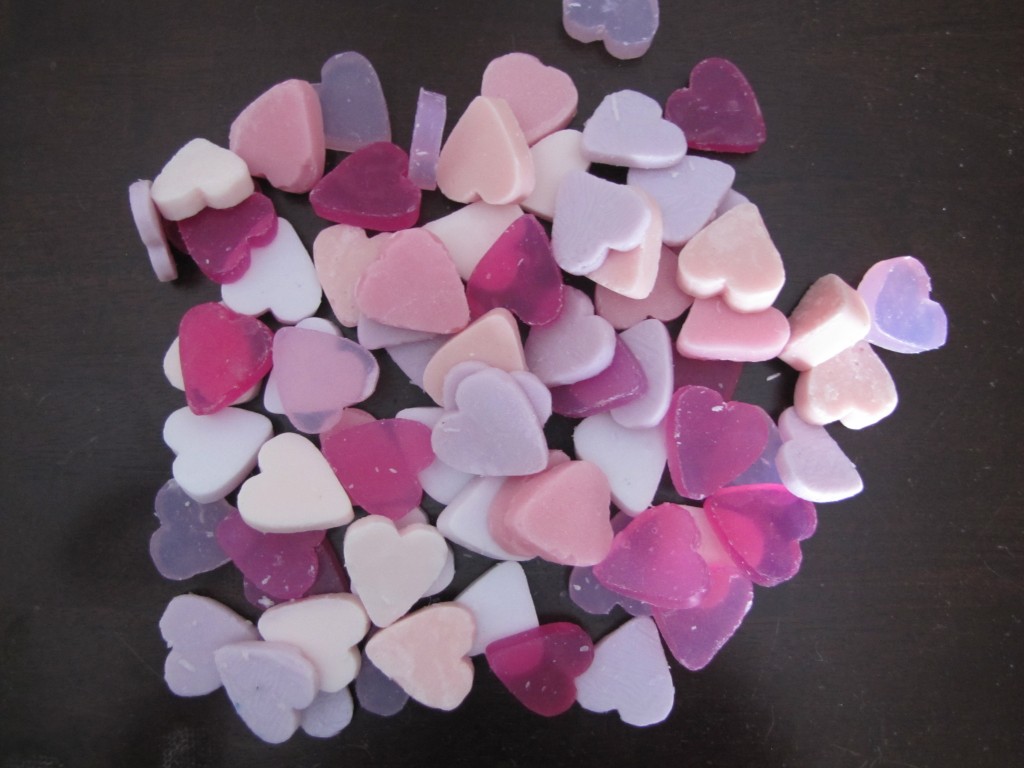 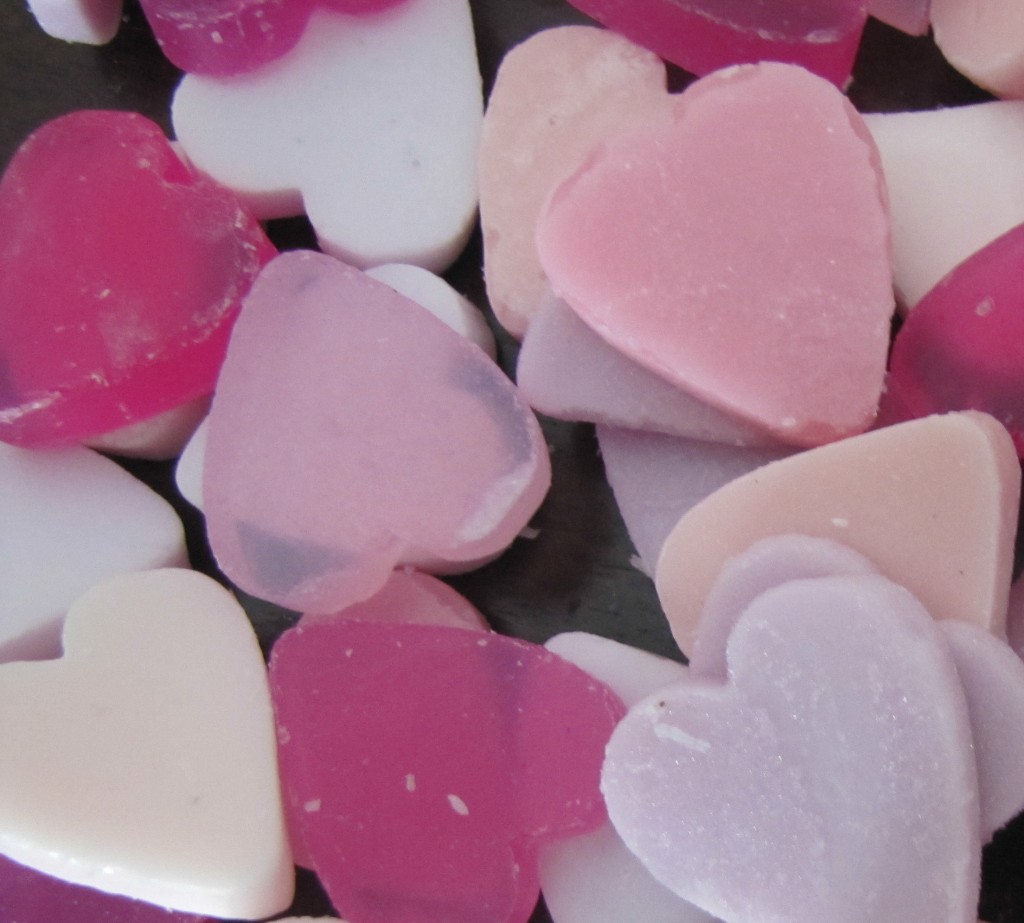 I wanted to make something special for my family and a few special friends to celebrate Valentines day. I saw lots of projects for felt hearts and heart soaps on Pinterest and I thought between the two, this seemed to fit my skill level.

So, before you read my post I should tell you that on my first try I did burn myself – badly and set a small fire. I will say that thanks to that fire, I learned that not only did my husband decide that the best place for the one fire extinguisher we own was in the basement, but that he actually moved it from that place and didn’t remember where it was. However, I didn’t even know we HAD a fire extinguisher. So, yay for important lessons learned during small fires!

I read several blogs with instructions on how to make soap. This is the way that worked best for me – excluding the fire and burns. 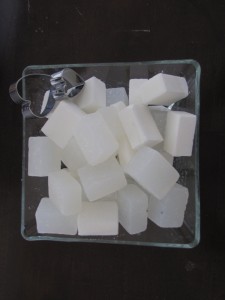 I wanted soaps in a several colors so I bought tiny cake pans. However, if you are going for just one color or larger quantities of soap just use a bigger pan.

Martha Stewarts blog said the best way to determine how much glycerin you will need is to fill the non-stick pan with water to the level/width you want your soap to be. Then pour that water into a measuring cup. This is the amount of liquid glycerin you need. I used 1 1/4 cup to fill my tiny pans.

I created a double boiler to melt my glycerin by filling a pan about 1/2 full of water and then placing a measuring cup inside. I turned the water on low and then waited approximately 3 days, 6 hours for it to get hot. 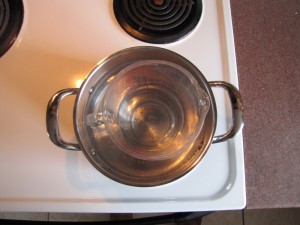 While I waited for the double boiler to heat, I started cutting the glycerin into chunks about 1/8 inch thick and 1/4 wide – Later I used a cheese grater to shave it into smaller pieces that melted faster (my knuckles are still healing).

I can not began to tell you how horribly boring waiting for glycerin to melt is. I was determined to complete this process right, so I started out with the burner on super low. Nothing. Happened. Slowly, I increased the heat little by little until it bubbled over and burned me. Shortly thereafter it started a fire. I also noticed that it created a weird white froth that didn’t dissolve as the soap dried. Based on these findings, I never ever turned the burner up again while making soap. I also learned that it’s important to keep stirring your glycerin. It speeds up the melting process and it prevents a irritating skin layer from building up.

Once the glycerin is melted QUICKLY pour it into your pan. It begins to harden almost the second you take if off the stove. Here’s where you use the rubbing alcohol. A few quick sprays while dissolve bubbles that form on the top. 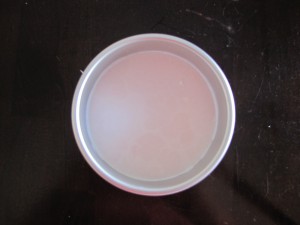 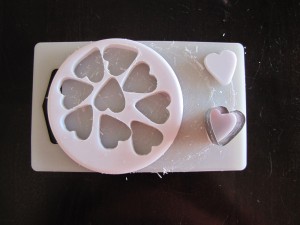 I also used some silicone heart shaped ice cube trays I’d gotten from Ikea for $.99. To be honest, I thought the silicone trays were easier, but I needed thinner hearts for the next step of my project (stay tuned). 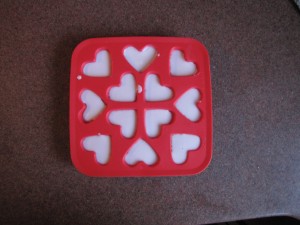 I cut the scraps up and threw them back into my double boiler. Then I just added more soap and dye until I got the desired amount and color for my next batch. 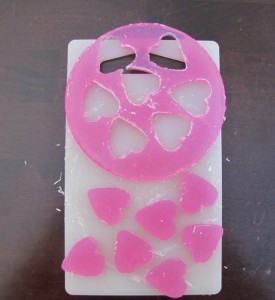 This project was the least complicated in theory – well, aside from the fire obviously. But, it made the biggest mess. Nothing that I used seemed to really get the glycerin residue off the pots and sink. Tupperware that was in the dishwasher during the same cycle as the stuff I used to make the soap ended up with a soap residue that I couldn’t get clean and eventually had to throw away. But, I can’t help but smile when I see my little bag of heart shaped soaps. I hope the recipients enjoy them. 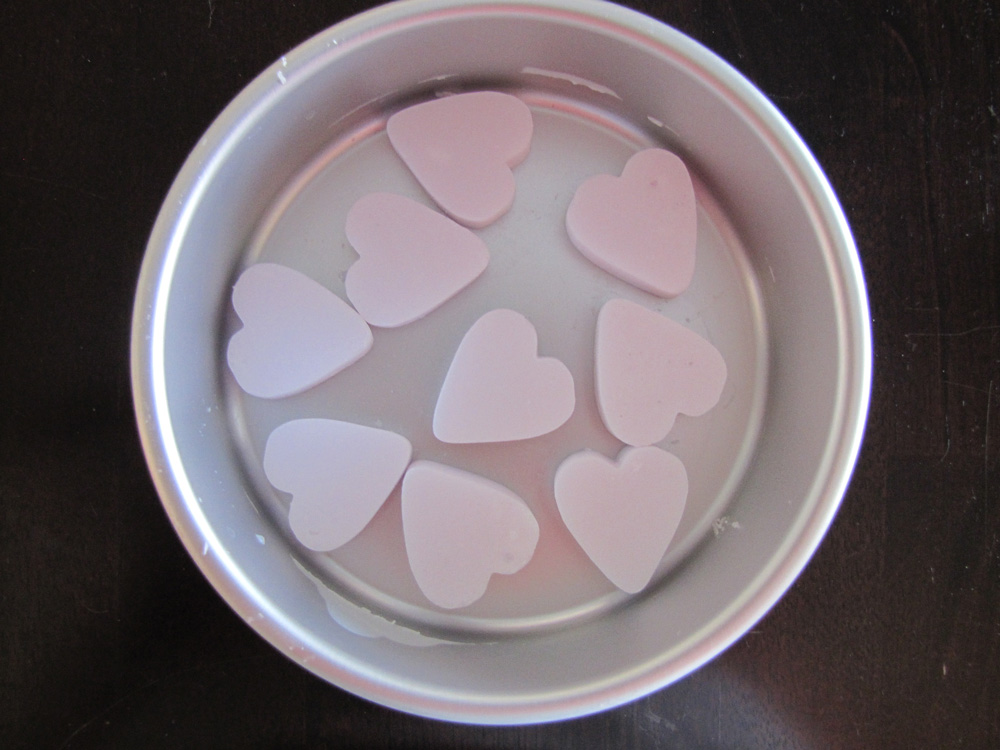