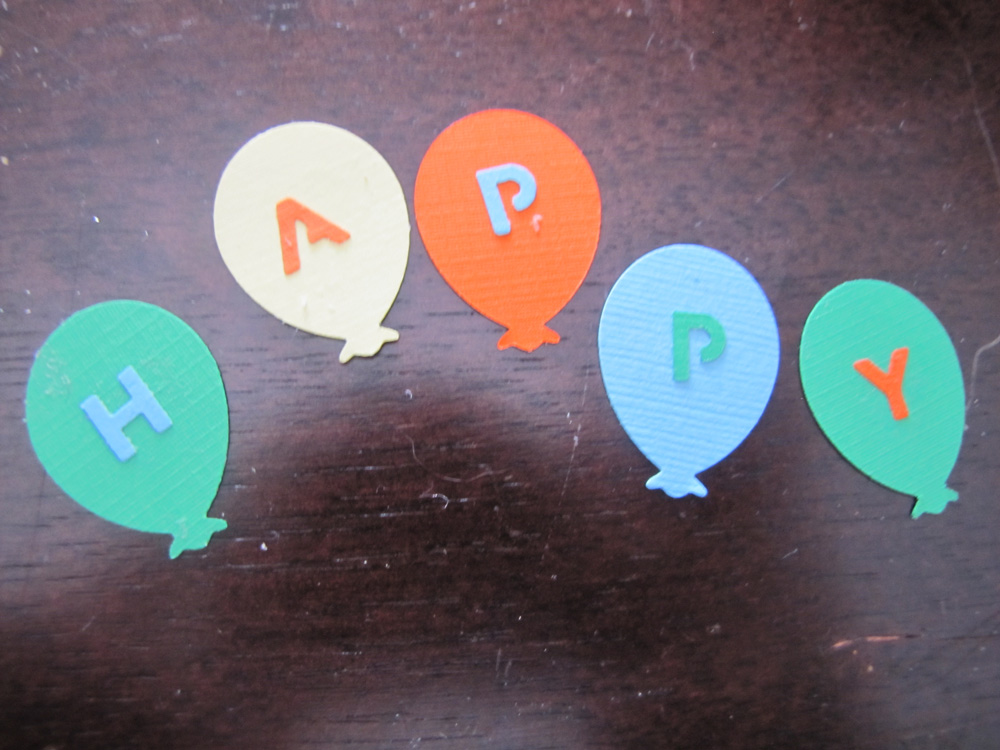 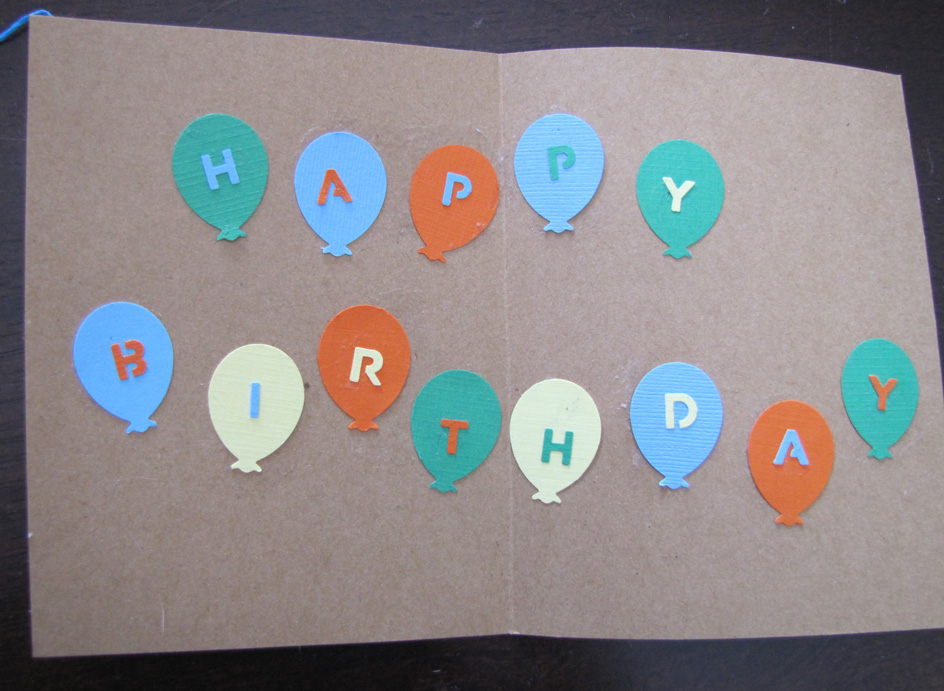 When Lee mentioned that he needed a card for his grandfather’s birthday my first thought was ‘yay! new birthday craft punch’. I quickly offered to make it.

Lee’s grandfather holds a special place in my memories. Lee and I were engaged the first time I met his grandparents. During our visit he told me that Lee got his ummm… “appreciation” for girls like me from him. He told me that I looked just like a “colored girl” that he dated overseas during the war. He seemed so proud of Lee, it was hard to take offense.

Since this card was last minute, it turned out a bit barren but I like it and it wasn’t super hard to make.

I punched a ton of balloons and alphabets in various colors. 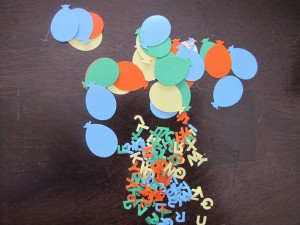 I glued HAPPY BIRTHDAY letters to the balloons in contrasting colors and glued them to the inside of the card. 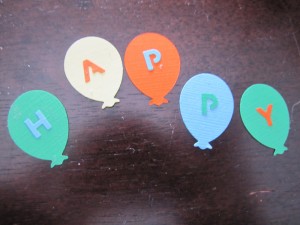 Next, I glued embroidery thread to the back of the balloons. This was trickier than I thought it would be. I couldn’t seem to get the string to stick. I tried super glue, mod podge, and finally a glue stick which oddly enough did the trick. However, I hate hate hate glue sticks, they are so messy! I tried to take pictures of this step but my fingers were so sticky that I decided to preserve my camera (and dignity). Once it dried I glued the balloons to the front of the card. Note: I only glued string to about half of the balloons so that I didn’t add to much bulk to the card but mostly because I hate glue sticks.

So that’s it, my first handmade birthday card… Lee was thrilled that the “HAPPY BIRTHDAY” balloons took up so much space because that left little room for writing. Men!