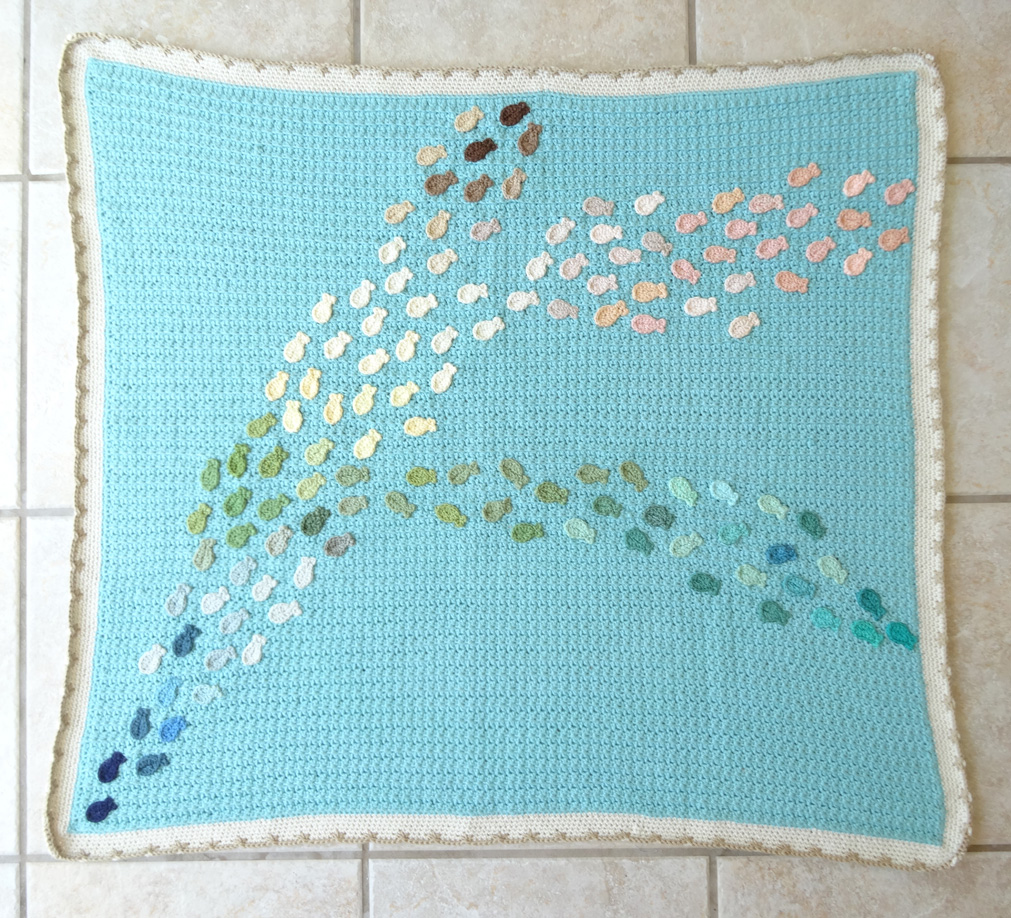 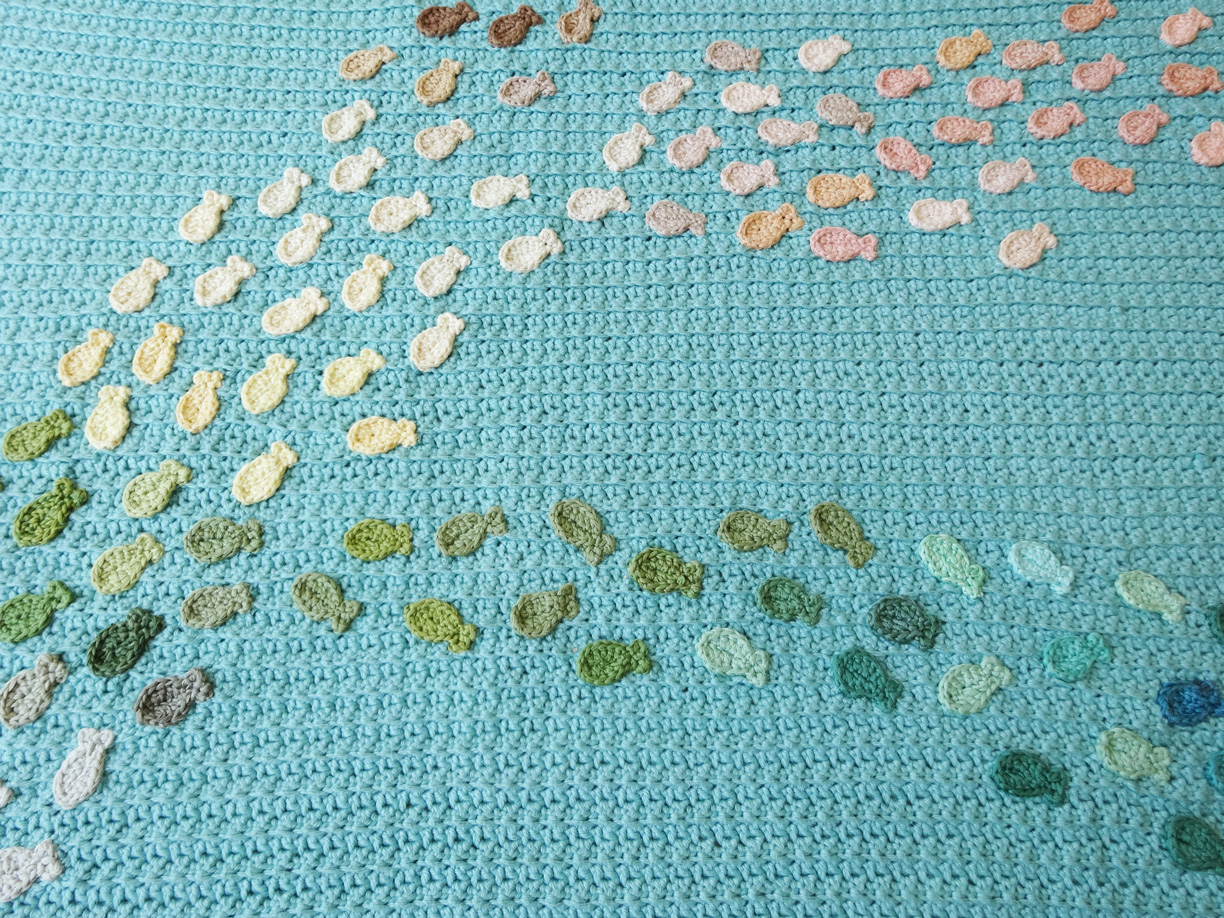 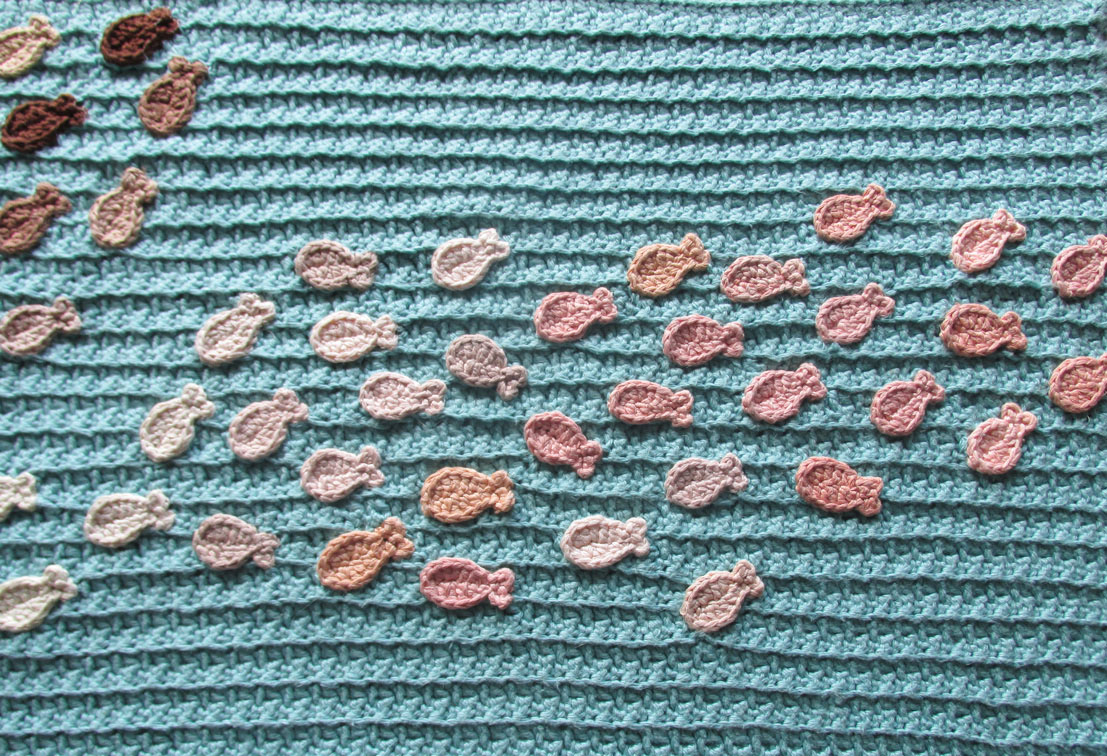 This baby blanket was made for Tara and her new son. I wanted to make something artistic like the cherry blossom blanket I had made last year. The first thing I needed was a blanket “base”. I decided to use a pattern, so I searched for several months (and tried several patterns) until I found this pattern on Ravelry. Next I searched for colors and a theme. Although the name of the pattern is “sprinkled flowers”, it looked more like sea shells to me. I think that’s what directed me to a nautical theme and I thought fish swimming on the blanket would be fun and different.

This is not a free pattern, so I won’t go to far into detail but I did make some changes. I used 10 skeins (1090 yards) of Knit Picks Comfy Worsted yarn in Seafoam instead of the DK weight yarn called for in the pattern and I chained 175 to get a significantly larger blanket. I used a G size hook to keep the stitches tight. I also crocheted into the back stitch which is what gives the line across each row. The pattern does not provide this instruction, but the pattern author suggested this tip via email and I really liked how it looked. 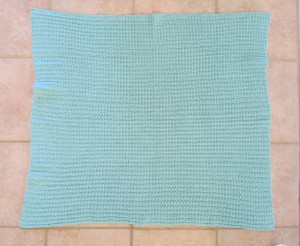 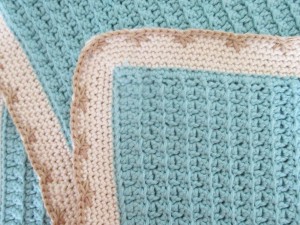 I did find the spike clusters a little tricky to make. There was only one video tutorial on YouTube, but it was not the same type of cluster, so I just practiced for a few hours until I managed to get the tension right and poof! kick ass spike clusters all around! 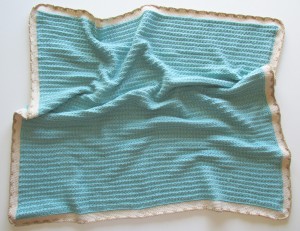 Fish
I made a bunch of fish. I used this pattern and my old favorite DMC embroidery thread because it comes in 500,000 colors (only a slight exaggeration). I folded the thread in thirds and made a ton of fish in a ton of colors. 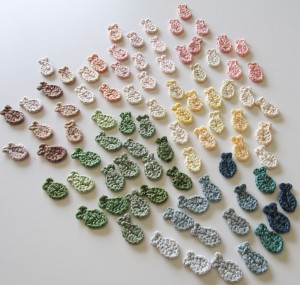 Arranging the Fish
They say that you are your own worst critic and I am almost abusive. I doubt everything I make. I take apart completed projects because I missed one stitch. I second guess colors I’ve chosen and when I make something that isn’t from a pattern I become convinced that it’s wrong and ugly. 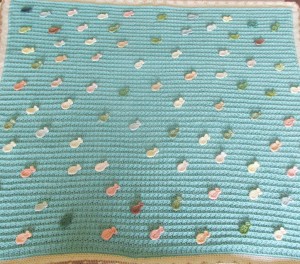 So I asked for advice when I started arranging the fish and I got a different opinion from everyone I asked. 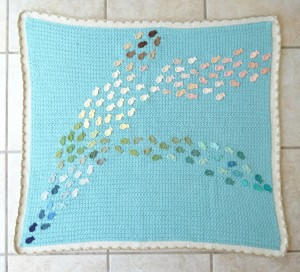 Finally, I went to one person in my knitting group and through a series of emails and pictures we managed to come up with something that I was pleased with long enough to start sewing it down. Unfortunately, it required more fish and more pinning. 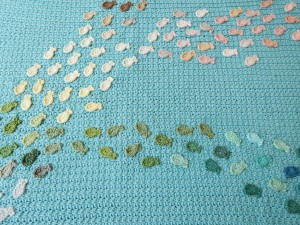 Sewing
Sewing the flowers onto the Cherry Blossom Blanket took 8 weeks of 10 hour days, so I was prepared for a repeat of that. In preparation for this project, I even considered moving the dining room table into the living room so I could watch TV while working on it. However, It only took me three days to finish this. I still can’t quite believe how fast I finished it. I’m definetely motivated to make another one, just have to pick a theme!